"Your sample is too small": How to Answer to Reviewers

Some tips on how to answer to reviewers when they say the sample is too small but that we cannot increase it. 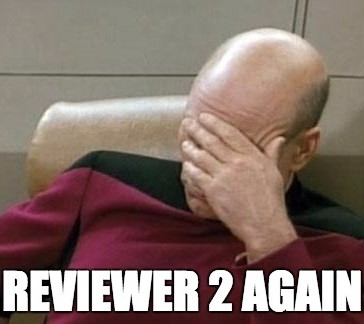 “Your sample is too small”: How to Answer to Reviewers

Reviewers questioning the statistical power of a study, while often valid, is common and unoriginal. The problem of possible lack of power, and thus possible false positives, can also be combined with the desire for stringent multiple comparisons / tests “corrections”.

In many real-life scenarios, we simply cannot increase the sample size (because of money, time, COVID or any other reason). And sometimes, the many tests / comparisons are all needed as we have many hypotheses or variables. Naturally, the best pre-study weapon against power-related issues are preregistration (and registered-reports) with proper power-analysis.

That being said, imagine that for one reason or another we don’t have that. We cannot recruit more participants and have to deal with the data that what we have. What can we do?

Some useful tips can be grouped and referred to as PoSCA (Power, Stringency, Coherence, Acknowledgment):

Science must be open, replicable & reproductible, slow, and based on methodological best-practices. But first and foremost, it must be honest.