Indices of Effect Existence and Significance in the Bayesian Framework 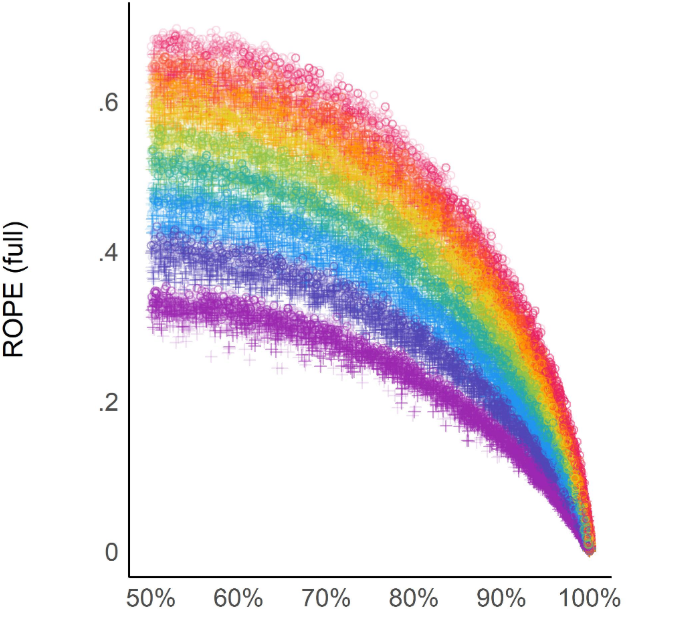 Turmoil has engulfed psychological science. Causes and consequences of the reproducibility crisis are in dispute. With the hope of addressing some of its aspects, Bayesian methods are gaining increasing attention in psychological science. Some of their advantages, as opposed to the frequentist framework, are the ability to describe parameters in probabilistic terms and explicitly incorporate prior knowledge about them into the model. These issues are crucial in particular regarding the current debate about statistical significance. Bayesian methods are not necessarily the only remedy against incorrect interpretations or wrong conclusions, but there is an increasing agreement that they are one of the keys to avoid such fallacies. Nevertheless, its flexible nature is its power and weakness, for there is no agreement about what indices of “significance” should be computed or reported. This lack of a consensual index or guidelines, such as the frequentist p-value, further contributes to the unnecessary opacity that many non-familiar readers perceive in Bayesian statistics. Thus, this study describes and compares several Bayesian indices, provide intuitive visual representation of their “behavior” in relationship with common sources of variance such as sample size, magnitude of effects and also frequentist significance. The results contribute to the development of an intuitive understanding of the values that researchers report, allowing to draw sensible recommendations for Bayesian statistics description, critical for the standardization of scientific reporting.